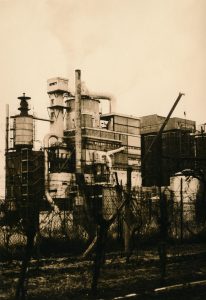 A bunch of grapes is beautiful, static, and innocent. It is merely fruit. But when it is crushed it becomes an animal, for the crushed grapes become wine and wine has an animal life.
Wine suffers a heaving birth. It has a rough, groping childhood. It develops into adolescence. Then, if it does not sicken, it matures; and in this it is almost human since it does not mature according to a fixed rule but according to the law of its particular and individual personality. The act which gives it personality is the act of fermentation. In this metamorphosis it is changed from fruit into animal; sometimes even into an animal of splendour.
―William Younger, Gods, Men, and Wine